Home > News > Time for an upgrade: why dated ERP systems could be costing you more than you think

Time for an upgrade: why dated ERP systems could be costing you more than you think 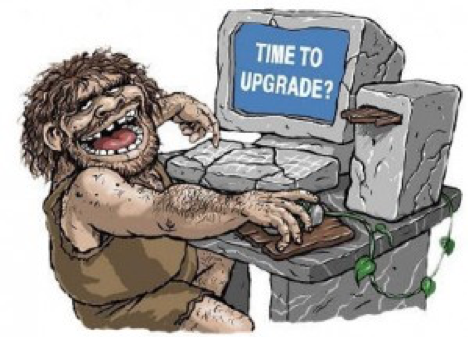 Last week, one of our directors at RedBlack Software, Martin Coyle, wrote a piece on some of the problems we see with older ERP systems. He explained that many of the bakeries that had contacted us recently last upgraded their business software as far back as 2000.

This made me wonder; what were the reasons for companies to struggle on with old, inefficient software for more than 15 years? Especially when many of these systems are either unsupported or their users had outgrown them or often both. Is it simply the cost of upgrading that is the main barrier to modernisation, or something else?

Luckily, there has been some telling research on this topic.  A report in CIO Magazine sums up much of this research when it suggests that the main reason is, in fact, that customisation is difficult to carry over to newer software. In the late 90s and early 2000s, many systems were designed with bespoke features for each user. While this was very costly for the customers, it did afford them a lot of choice over exactly what functionality was included in the software that they used.

The problem is that, for many businesses, IT requirements have changed drastically in the past decade and a half and they now face new challenges that few could have predicted. What’s more, many of those bespoke systems are no longer supported, so when something goes wrong, the only options are to find an expensive workaround yourself or hastily purchase a newer solution.

Although it is rarely cost-effective for SMEs in particular to purchase old-school, fully bespoke systems, the element of choice needn’t be lost. The best ERP solutions are modular, so functionality can be tailored to users’ needs without costing the earth.

Businesses should be clear on which elements of their existing system will be required in a new one and which need replacing. Clear communications with potential suppliers, who themselves fully understand their users’ requirements, is key.

As wells as fear of losing customisation, the potential time and disruption involved in upgrading is another roadblock. A survey of Oracle users found that upgrading can often take as long as 6 to 12 months, during which time many costs can incur for a business, such as productivity lost due to training, testing and running new systems in tandem with old ones. Additionally, a survey by IT experts Panorama Consulting found that a whopping 61% of ERP implementations take longer than expected.

Are you one of the 28 percent whose customer service suffers because of outdated or unsuitable software?

Many of these problems stem from issues with data migration and businesses often find that data is lost or entry is duplicated during a software change. Finding a solution provider like ourselves who offer a data migration service will significantly reduce the time it takes to upgrade an old system and the cost is far less than trying to go it alone.

Although there are many daunting potential roadblocks when upgrading ERP software, more often than not, provided that the project is properly understood and managed by both supplier and customer, the benefits will far outweigh the costs.

Mint Jutras’ research into ERP software showed that 28% of respondents said that they couldn’t serve their customers as well as they wanted due to software lacking functionality, with 23% saying that outdated software was preventing their business from growing.

In contrast, research from Aberdeen Group shows that “midsized companies who implement modern ERP systems are able to support change and grow operating margins by 21%” – which just goes to show how much of a difference a properly tailored, modern ERP solution can make to your bottom line.

To talk to a specialist about upgrading your bakery ERP software, call RedBlack Software today on 01904 622888, email us or drop us a line via the Cybake website today.