Home > News > Local food for local people? You may be exempt from FIR phase two

Local food for local people? You may be exempt from FIR phase two 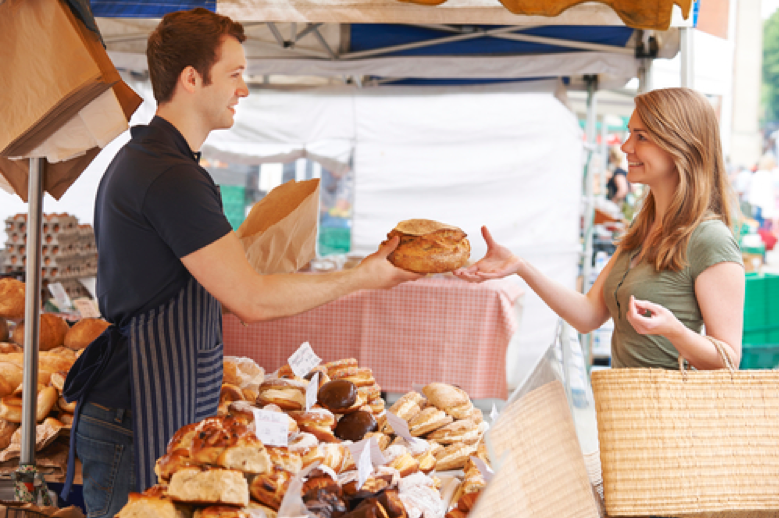 Did you know that if you are small enough and operate locally enough, you might be completely exempt from FIR phase 2’s requirements to provide nutritional information on your labels and packaging?

The food trade media appears not to have picked up on this and we don’t expect other vendors in this area to shout it from the rooftops. However, on September 29, the government’s Department of Health updated its official Technical Guidance to Nutritional Labelling to include a rather important clarification.

Previous guidance referred to a sub-clause of the EU’s food information to the consumer (FIC) regulation 1169/2011 (from which the UK’s FIR legislation originates). Known as Annex V, this listed foods that are exempt from the new rules about nutritional information.

The EU let individual member states interpret their own definitions of “local” and “small” and September’s updated guidance finally gave us the UK’s definition of both.

“We interpret ‘manufacturer of small quantities’ to be a micro business under the EU and UK definition: less than 10 employees and a turnover/balance sheet total of less than €2m (£1.4m).

“We interpret ‘local’ retail establishments to be those in the same county as the manufacturer or in an adjoining county or counties, provided this is no more than 30 miles (50 kilometres) from the border of county the manufacturer is in.”

The Cybake team believes that this will let some smaller wholesalers and even retailers off the FIR phase two hook entirely. We also reckon that these definitions will get stretched somewhat over time as smaller operations and officials haggle over them. We suggest that you liaise with your local authority to find out precisely where you stand.

It is also worth remembering that FIR phase two only applies to pre-packed food anyway, although any health or similar claims mean that the FIR rules kick back in, whether you are exempt as a micro-business or not.

A note of warning, though. This exemption for smaller businesses for FIR/FIC/EU 1169 (call it what you will) phase 2, does not extend to the provisions laid out in phase 1 in December 2014. All manufacturers are still required to provide allergy information, whatever their size.

If you are not exempt from FIR phase two, the clock is ticking. December 13’s deadline approaches rapidly. As you can imagine, we’ve been pretty busy with Infood, our popular food info compliance solution. Will you be ready in time? If not, you know who to call…

We are now offering existing customers free integration support between #Cybake, #Wix and #WooCommerce plus many mo… twitter.com/i/web/status/1…