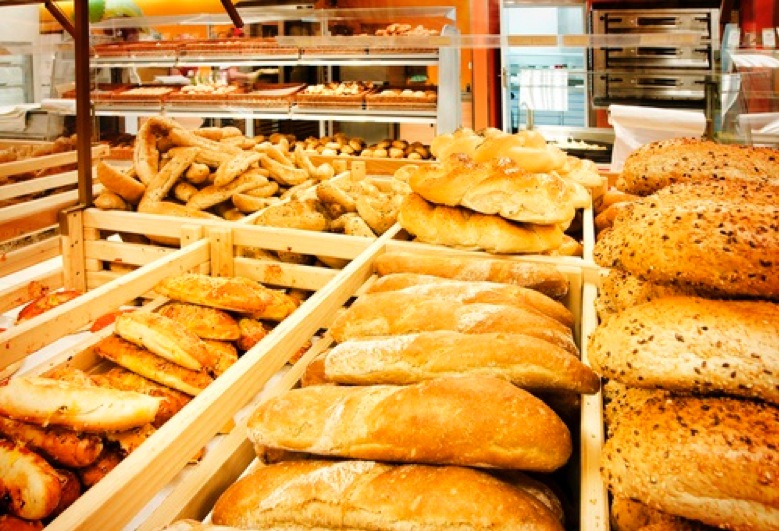 Britain’s supermarket chains have made huge strides in recent years when it comes to minimising waste. Just about everything is now recycled. Edible products are increasingly likely to go to food banks rather than landfill. Food waste is also put to good use by diverting it to animal feed or even power producers.

However, cutting bakery waste, and, in particular, the surpluses produced by in-store bakeries, remains a major challenge. In 2015, for example, WRAP issued a report on its work on reducing in-store bakery waste with Tesco. Tesco had found that 41% of all its waste from stores came from the bakery department.

Our experience in the sector suggests that most supermarket chains experience similar waste levels. Given the short shelf-life of bakery products, this is of little surprise. Since their first appearance in the 1960s, in-store bakeries have always demanded high levels of acceptable loss.

Generally, this was seen as fine so long as the enticing aroma of freshly baked bread wafted through the store. Nowadays, though, we live in the era of the Courtauld Commitments, the latest of which aims to reduce food waste by a further 20% by 2025.

Although bakery waste reduction may appear to be a thorny problem, we believe that it is a relatively easy win. So much so, that the Cybake team is confident that we can reduce surplus in-store bakery production by at least 20%.

When we talk to grocery industry veterans they tell us that the original idea of the in-store bakery was to bake little and often. In many ways, our Cybake Instore forecasting solution is about restoring and enforcing this basic concept.

Flexibility is one key part of the “little and often” ethos. If managers have to keep going back to a forecasting system’s original suppliers or to their IT department to change the way it makes calculations, in our opinion, it is not going to work.

Similarly, if making tweaks to the system’s algorithms in terms of, say, uplift are too difficult for the personnel concerned, then the chances are that they won’t get made at all. This would often seem to be the case for forecasting add-ons to big-ticket retail ERP systems.

In the case of Cybake Instore, its production planner is easily managed centrally to introduce best practice and controls across the retail estate, not only allowing for seasonal sales fluctuations but also daily and by-the-hour fluctuations. Two-way communication between managers and head office means that changes to production can be made either by head office or at an individual store in response to local events.

By having clearly defined production rules, different requirements can easily be understood at individual store level and reacted to accordingly. All of this is monitored centrally, as well as how closely stores are sticking to the plans.

Another key element to successfully cutting in-store bakery waste is an ability to respond to multiple production waves. The late-breakfast period, for instance, has a dynamic that is distinct from the lunchtime rush. Cybake Instore has this covered by planning how much to bake at various points during the day dependent upon the sales profile of each SKU throughout that day.

Also important is the ability to use today’s data to adjust production to today’s trading. Otherwise, your final production waves of the day are likely to consist of little other than surplus goods. Cybake Instore does this by using a live sales feed to calculate how much to adjust the bake quantities for the last bake of the day dependent upon whether sales are ahead of or behind forecast.

Lastly, there is the issue of compliance. It is easy for in-store bakery staff to believe that they know better and ignore plans that have been slaved over by head office. And if there is no feedback, then head office don’t know if staff are sticking to the plans. Cybake Instore’s two- way communications and its compliance-tracking functions make sure that its suggested bake plans are followed properly.

Once you have the right system, in-store bakery waste goes from being a tough nut to crack to a low-hanging fruit in the quest to meet Courtauld-driven targets. It’s a win-win situation. On the one hand, you get to make cash savings that go straight on the bottom line. On the other, you increase in-store bakery sales as freshness and quality improve.

If you would like either an online or face-to-face demo to see how Cybake Instore can cut your waste by at least 20%, please give us a call on 01904 622888 or drop us a line at info@cybake.co.uk or via our contact page.

Kelly Pattullo of @Monbakery’s advice to fellow #Cybakers about our service to integrate with #BigCommerce,… twitter.com/i/web/status/1…