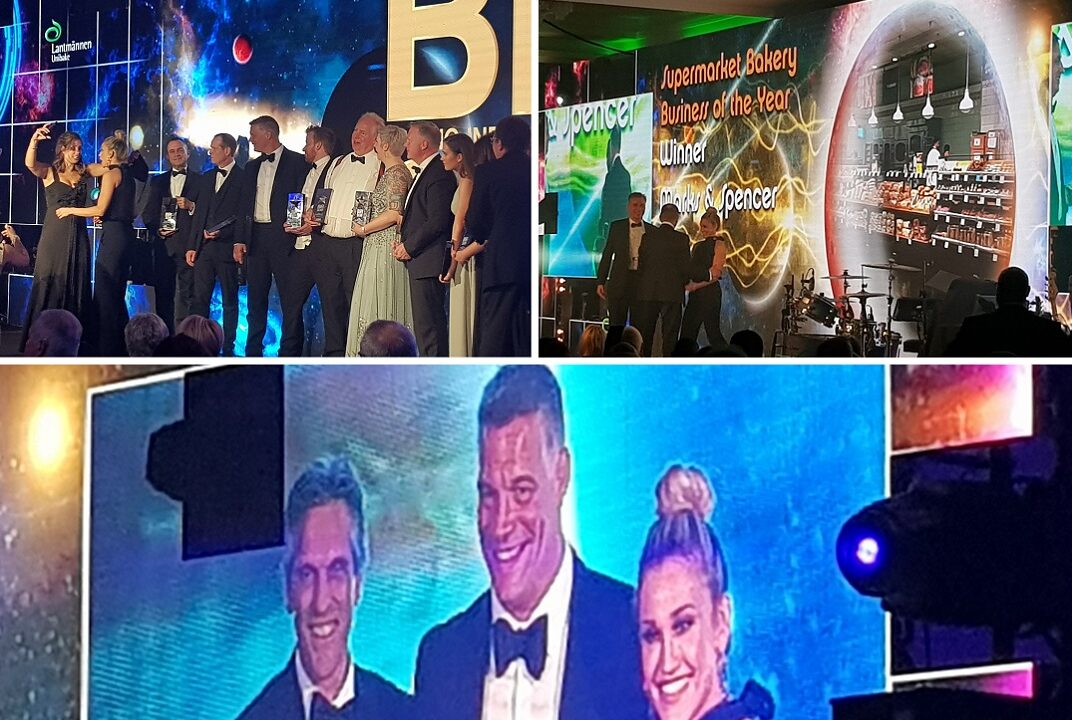 It was great to be at last week’s Bakery Industry Awards in London to see three of our users pick up four of the top accolades.

Aidan Monks, founder of Kendal-based Lovingly Artisan, won the baker of the year award and the innovation award for his Kombucha Sourdough (kombucha being a Russian fermented drink made from sweetened tea). Another Cybake user, Kettering-based The Incredible Bakery Company was one of the two runners up in the innovation section for their Incredible Sauxsage Roll.

Salisbury-based Reeve the Baker was the winner of the craft bakery business of the year and seeing Gary Reeve pick up this well-earned award was a particular highlight of the evening.

We had a couple more runners up in this race too: Flour and Bean was the regional winner for London and the South East, and Llanelli-headquartered Jenkins Bakery won in Wales.

To top off the night, Marks & Spencer won supermarket bakery business of the year. M&S uses Cybake’s sister solution BakePlan to plan production in its in-store bakeries across the UK and Ireland. It was particularly pleasing, therefore, to hear praise from the judges for M&S’s maintenance of the availability of fresh products, its waste reduction/stock control, clarity of allergen information and consistency across all stores.

This year’s host Ashley Roberts of Strictly and Pussy Cat Dolls fame did a splendid job and a big shout out must also go to British Baker magazine for organising this great annual competition and industry get-together.

Cybakers were also big winners in the Scottish Baker of the year, also held in June. Harry Gow Bakery of Inverness became the first ever bakery to do the double, by winning the competition for the second time as well as a big brace of individual category awards. Another notable category winner was Forres-based Maclean’s Highland Bakery which picked up various medals including best biscuit.

All in all, 2019 has been another remarkable year for users of our software. Well done to all and bring on 2020’s awards season. I can’t wait to see what our customers will achieve next year.

Absolutely no problem! You are right. #Fabulous #FoodHeroes 🇬🇧🍞🥐🥯🍩 twitter.com/craft_bakers/s…