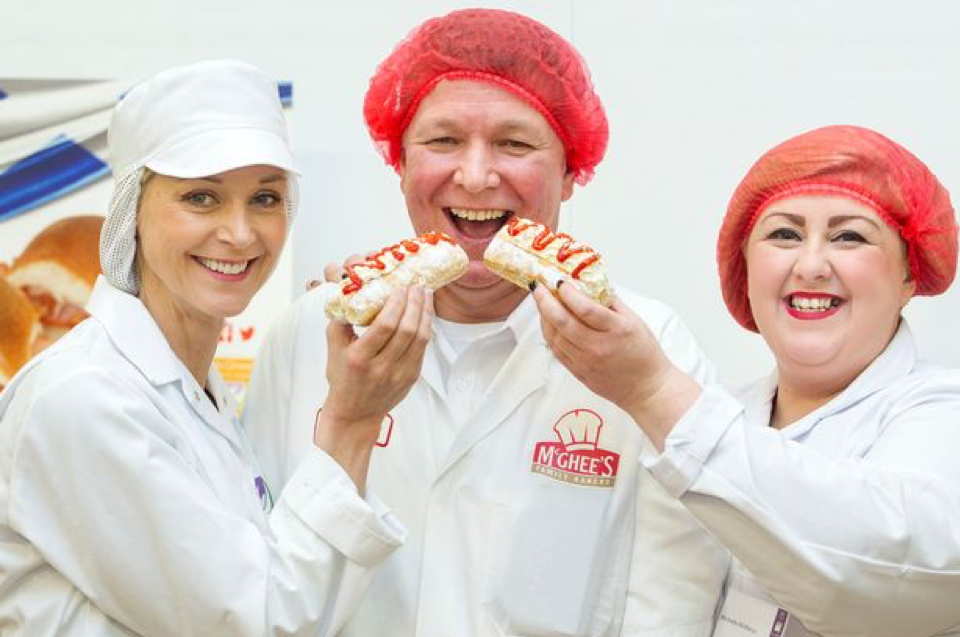 RedBlack’s Jane Tyler and Martin Coyle were up in Glasgow at the weekend for the annual Scottish Bakers presidential dance. Cybake is a sponsor of this year’s Scottish baker of the year competition.

The presidential dance was held at Glasgow’s Crowne Plaza Hotel and was, by all accounts, a thoroughly enjoyable affair. The packed event was hosted by local superstar Michelle McManus whose unique blend of music and razor sharp wit had the audience rolling in the aisles.

The mighty Lady McManus also popped up a couple of days before that at the launch of this year’s Scottish baker of the year competition. She and a bunch of fellow TV and radio stars turned bakers for the day to help launch the contest at the same time as raising money for charity.

The celeb team were tasked with icing, frosting and filling as many empire biscuits, cup cakes and yum yums as they could against the clock at reigning champions McGhees’ bakery in Glasgow. The money raised went to the Make a Wish charity (you can read all about it in this story in the Daily Record) and judges included Mich Turner.

Cybake is sponsoring a new category that has been introduced to the Scottish baker of the year competition for 2016, manufacturer of the year. This new category enables bakeries to vote for their favourite bakery manufacturer. This can be any manufacturing supplier to our industry but does not include wholesalers. You can vote here.

The winners in all categories of this high-profile contest will be announced at the Scottish Bakers annual conference and award weekend, May 6-7.